Why Aren’t Americans Having Sex? 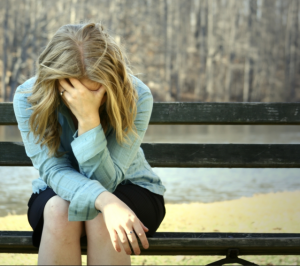 MRM Editor's Note: This article discusses many possible reasons why American adults are having less sex than in the past. The Institute for Family Studies is quoted, reporting last November, “Today, there are fewer Americans married, and more Americans single, than at any point in at least the past 140 years.” The General Social Survey mentions below that in 2018, of those surveyed between ages 18-30, 18% of women in this age group said they had not had sex in the past year, compared to 28% of men. So it seems that men, in particular, are having difficulties beyond those of women.

Near the end of the article, there is discussion of the possible damage that pornography might be playing in this gender difference. The risks that viewing pornography may create long term intimacy problems later, in marriages, is discussed, and is particularly troubling.

CHICAGO, IL (CNA)  A new survey by the University of Chicago has left researchers speculating about why American adults are having less sex than in years past.

Data from the 2018 General Social Survey found that 23% of American adults had not had sex in the past year, an all-time high.

Broken down by age, the survey found that young people were largely driving the decrease in sex. Respondents between the ages of 18 and 29 were more than twice as likely to report not having sex in the past year than were those in their 30s or 40s.

Dr. Jean Twenge, author of “iGen: Why Today’s Super-Connected Kids Are Growing Up Less Rebellious, More Tolerant, Less Happy — and Completely Unprepared for Adulthood,” suggested several factors that may be playing a role in the decline in sexual activity.

She told the Washington Post that fewer people in their 20s have a live-in partner than in past generations. She pointed to declines in labor force participation among young men, which has been tied to a decrease in stable relationships.

Technology may also be a factor, said Twenge, who is a psychology professor at San Diego State University. The rise of social media and streaming video mean there are screens frequently competing for people’s attention, which was not the case in previous generations.

Dr. Brad Wilcox, director of the National Marriage Project at the University of Virginia, agreed that “screen culture” is at least partly responsible for the decline in sex among millennials.

“Young Americans are spending lots of time binging on Netflix, playing video games, and traversing social media. These things tend to reduce opportunities for socializing ... and having sex in real life,” he told CNA.

He also stressed the importance of marriage in understanding the survey results.

An article by the Institute for Family Studies last November noted, “Today, there are fewer Americans married, and more Americans single, than at any point in at least the past 140 years.”

A decline in marriage rates is correlated with a decline in the frequency of sexual activity among adults age 25-34, the article said. Unmarried adults in that category are far more likely to say they have had not sex at all in the past year than are their married peers.

Experts have further suggested widespread anxiety and depression, environmental hormone disrupters, and concerns over sexual misconduct in the wake of the #MeToo movement as possible factors in the decline in sexual activity.

The General Social Survey also found a significant gender disparity in results reported by young people. In 2008, the numbers of men and women ages 18-30 who had gone a year without sex both hovered around 10%. In 2018, 18% of women in this age group said they had not had sex in the past year, compared to 28% of men.

In her comments to the Washington Post, Twenge noted that more young men than women are living with their parents.

Pornography could also be contributing to the continuing decline in marriage rates.

Mark Regnerus, an associate professor of sociology at the University of Texas at Austin and a Catholic who has studied religion and sexual behavior, cautioned against assuming that correlation equals causation — but said that pornography use is likely part of a more complex reason for dropping marriage rates.

“We know that both things are occurring, but it's difficult to establish a causal connection,” he told CNA in a 2015 e-mail interview. “A variety of things are contributing to the declining marriage rate.”

In a new comments to CNA this week, Regnerus pointed to “the flight from marriage” and satisfaction derived from both social media and pornography as major factors driving the decline in sex.

This situation is aggravated, he said, by “the increasing ‘similarity’ of men and women in the modern marketplace…We're settling for something less than the age-old pursuit of wooing, or being wooed by, our spouse.”

“I doubt that a surge in human happiness is ahead,” he commented.