The Tragedy of Self-indulgent Sex 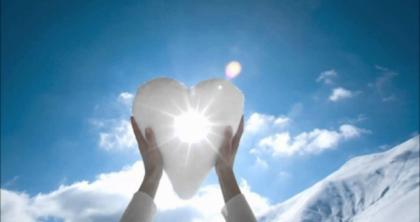 We need to find new ways to defend the old-fashioned virtue of purity.

It is 50 years since Paul VI, in Humanae Vitae, predicted four effects of the widespread use of contraception: first, “conjugal infidelity and the general lowering of morality” would become widespread; second, there would be a loss of respect for women; third, contraception would increasingly be wielded as a political weapon; and finally, that man would come to think he had utter dominion over his own body.

All this has come to pass.

The acceptance of same sex marriage is a capstone legitimization of sex without responsibility; the Weinstein scandal typifies the abusive sexual treatment doled out to women; the rise of demographic politics, typified in President Johnson’s famous remark, “I’m not going to piss away foreign aid in nations where they refuse to deal with their population problems” has expanded into government advocacy of abortion; and euthanasia has become a human right — the cult of the body now embraces the culture of death.

Those who coined the term “sexual revolution” in the 1920s could not have even fantasised about the degree to which our age would not only trivialize sex, but that it would anathematise any suggestion that self-indulgent sexual behaviour could just possibly be bad for us. We legislate laws to facilitate behaviors that, even a decade ago, were by consensus immoral.

Moral behaviour and belief in God are deeply connected. Although morality is the product of reason it is devilishly difficult to argue the objectivity of moral norms once God is dismissed from man’s vision. Philosopher Hayden Ramsey stated in 2004 that “Every young person in our society is inducted into two ways of thinking - an ethic of autonomy and a relativistic view of morality”, approaches that are completely incompatible with recognition that human beings are created and have objective duties towards God and towards others.

With this thinking we have seen an acceleration in the breakdown of committed relationships and disengagement from religion.

Can such a way of living continue indefinitely? A society where women exist for men’s pleasure, where children are a problem to be avoided, and where sacrifice for others is no longer encouraged, is already disunited and so must disintegrate.

A newly released early work of philosopher Dietrich von Hildebrand, In Defense of Purity, is a stunning reminder of what sexual relationships can and should be. His astounding clarity of insight led to Pius XII describing him as “a 20th century Doctor of the Church.” One can see why. These 1927 reflections on purity and virginity are breathtaking in their grasp of the great calling of human beings to authentic sexual relationships and to love of God, and how the first is a path to the second.

Only such a positive vision of authentic sexual expression has the power to stop the ever widening devastation of marriage, family and society. Beautifully written and marked by acute philosophical analysis, this work has set in train a new way of thinking about sex that has the power to restore what has been lost. Together with his Marriage: The Mystery of Faithful Love (1929), In Defense of Purityconstitutes an important source of John Paul II’s Love and Responsibility and theology of the body.

In Defense of Purity should be required reading for every marriage educator. It is founded on a deep appreciation of biological reality and of the psychological and existential needs of men and women.

Purity is neither prudery nor sexual repression. Von Hildebrand’s central premise is that man is fulfilled only through an orientation towards God with all his being. Purity sensitises us to this divine revelation and is primarily “an abiding in God’s presence”. It is a necessity for holiness, an essential virtue for a relationship of love with God. And hence it is a necessity for prayer. It is the virtue by which our impulses and selfishness are reformed in an orientation of one’s life to God.

Sex is great gift to man and woman. “Sex necessarily involves a revelation of the deepest personal intimacy;” and “to make the sexual surrender is to anchor oneself most firmly to the world and to enter into the closest union with one’s fellow creatures.”

But only in marriage and the virtue of purity can sexual activity become an expression of love. “Sex belongs in a special manner to God” and one may only make use of it “as explicitly sanctioned by him” in marriage where “each party seeks to share in the being of the other, not simply in his or her life and thoughts.” Because so much is at stake, true purity stands in contrast to the “fearful profanation” involved when sexual pleasure becomes an end itself, or is pursued outside the divine plan of marriage. Such impurity is degrading for the person involved, desecrating in that it is a misuse of God’s gift, and defiling, because it separates us from God in our very being.

Marriage is a great good. It teaches us to live for others, and this is a prerequisite for love of God. Physical sex may only be understood in wedded love, otherwise “we become blind to the mystery it contains”. Sexual activity, if pursued outside of the commitment of marriage, will lead to bestial use of others. But with humility, acknowledgement of the spiritual, there is no loss of self-possession in the sexual act. In the absence of humility, the sexual act is overcome by dominance and brutality.

At length too there is an exploration of the importance of tenderness and deep consideration for one’s spouse, where “every detail has become an expression of love,” if there is to be true and selfless love.

Marriage, he writes, is a true calling from God. “Sex is a domain which belongs in a special fashion to God. Only by the permission of the Master of life and death may he draw the curtain from its secret.” In marriage the full and free assent of the person “to belong perpetually to the other with the bond in the sight of God”, is decisive. This assent is crucial if the couple are to transcend the experience, transforming a sexual encounter into what von Hildebrand calls, “the actualization of the spiritual person.” Love, a willed choice of a person loved as God loves them, “makes the physical event an expression of itself.”

Von Hildebrand was the first to distinguish and integrate the unitive and procreative ends of marriage, a notion that is now a given in Catholic theology. When one grasps this way of thinking, it is immediately obvious that true marriage can only exist between a man and a woman. Same sex marriage is incapable of integrating the unitive and procreative; it is a sterile parody of what should be a sharing in God’s very creativity. Instead of being a path of offering one’s very being, it becomes an exercise in shameful self-indulgence. The distinction between male and female “lie far deeper than the biological sphere,” writes von Hildebrand.

Humility before the creator of life is crucial. He stresses the privilege, in sexual activity, of cooperating in the very creative action of God. “The pure man perceives clearly the solemn import of the act ordained by God to give life to a new human being, and this aspect of the mystery must colour everything and intensify the reference to God, providing a further motive to remain in his presence. He will never lose sight of the marvelous creative significance attaching to this act ... If this act is to be enabled to the measure of perfect purity love of the partner is insufficient not to mention the single purpose of propagation; an upward glance to God thankful and loving and abiding reverently in his sight is indispensable.”

Husbands and wives, give thanks for this great calling you have received to live tenderly and in surrender to each other; it is a shortcut to love of God so let your daily joy be the proof of this gratitude.

Parents, be pure, otherwise you will not talk clearly to your children about purity — as the habit of managing our impulsive desires so that we can be united with God in all we do, “an abiding interior rejection of the negative values associated with sex as an end in itself.”

And let Christians remember that purity is a supernatural virtue and that our efforts must, at every step, be accompanied by the grace of sacraments. It is the “fruit of an entirely new life in the soul.”

Dr. Andrew Mullins was the Headmaster of Redfield College and Wollemi Colleges in Sydney for 18 years. He is the author of Parenting for Character. He now works with university students in Melbourne and is working on a doctorate on the neural bases of virtue.

This article is published by Andrew Mullins and MercatorNet under a Creative Commons licence. You may republish it or translate it free of charge with attribution for non-commercial purposes following these guidelines. If you teach at a university we ask that your department make a donation. Commercial media must contact us for permission and fees. Some articles on this site are published under different terms.