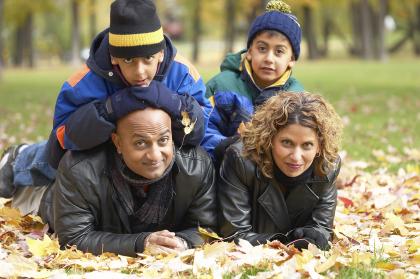 MRM Editor's Note: With the redefinition of marriage, adoption agencies that have policies of placing children with married men and women can be sued for discrimination and forced to place children in homes with two fathers or two mothers. Since only a man can stand in for the father the child has lost and only a woman can stand in for the child's mother, such an adoption would represent a second privation. It would be a violation of the rights of the child, intentionally depriving him or her of the experience of being raised by a mother and father united in marriage.

Religious liberty protection for adoption agencies provides a way for faith-based organizations to continue to respect the rights of children to grow up in a home with an actual (adoptive) mom and dad. (See Penalized for Putting Children First)

When this issue is reframed as protecting the rights of children, decisions to not place children with same-sex couples are not based on objections to the lifestyles of the prospective parents. However, it does raise a question about single parent adoptions. Does this not also deprive the child of the right to be raised by a married mother and father? (There may be legitimate cases for single parent adoption in the case of a single member from the child's family.)

NASHVILLE, TN  (CNA)  As other US states have defunded adoption agencies that won't place children with same-sex couples, the Tennessee House on Monday passed a bill meant to ensure these agencies' religious freedom.

The bill would grant legal protections to adoption organizations which uphold marriage as a union between a man and woman and provides its services accordingly.

It is sponsored by Rep. Tim Rudd and five other Republicans.

The bill now faces the GOP-controlled Senate. Governor Bill Lee, also a Republican, has not yet given his position on the bill.

The measure protects religious agencies from being subjected to lawsuits for not placing children with same-sex couples. It also states that the department of children’s services cannot withhold a license from agencies that do so.

“No private licensed child-placing agency shall be required to perform, assist, counsel, recommend, consent to, refer, or participate in any placement of a child for foster care or adoption when the proposed placement would violate the agency's written religious or moral convictions or policies,” the bill states.

Although religious adoption agencies in Tennessee have not been prevented from acting out of their moral convictions, the bill comes at a time when Catholic agencies in other states have been shut down or denied access to funding.

Rudd said the bill is comparable to cautionary steps taken by Kansas and Oklahoma, who passed similar laws last year.

“We’re doing the same as nine other states have done,” said Rudd of Murfreesboro, according to the AP. “Throughout the country, these faith-based organizations have been sued to the point they’re being driven out of business due to costs.”

Critics of the bill have said the legislation would be used to permit LGBT discrimination. According to the AP, Democratic Rep. John Clemmons questioned the practicality of religious agencies turning away same-sex couples.

“We have children across this state looking for loving homes, why are we doing anything to prohibit a loving family or a couple from being able to care of a child and take it in and provide for it, why?” said Clemmons.

Last month, it was announced that Michigan state funds would be barred from adoption agencies for the same reason. It followed a settlement headed by the ACLU and same-sex couples against two Christian adoption agencies. The lawsuit ruled that non-discrimination provisions must be enforced within state contracts.