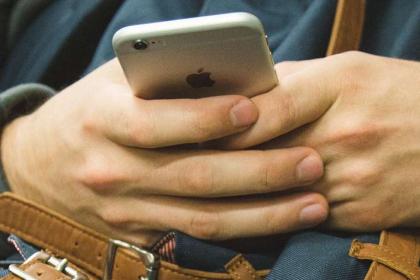 WASHINGTON, DC (CNA) — Teen sex may be down, but widespread access to smartphones is driving an increase in teen sexting, recent research has found.

According to an analysis of studies by JAMA Pediatrics, as many as one in seven teens, or about 15 percent, are sending sexually explicit text messages, while one in four teens (25 percent) have reported receiving sexts.

The analysis was compiled from the findings of 39 international studies dated between 2009 and 2016, with a combined total of 110,380 young participants with an average of 15 years of age.

The authors of the study define sexting as the “sharing of sexually explicit images and videos through the internet or via electronic devices such as smartphones.”

Most teen sexting does occur on smartphones, the study noted, which aligns with the increased access that teens have to the devices. In 2015, Pew Research Center found that the majority of teens had access to a smartphone - 73 percent - while 15 percent only had access to a basic phone, and 12 percent did not have access to a cell phone.

The research also showed that older teens were more likely to be sexting, and that boys and girls participated equally in the sending and receiving of texts.

Despite equal participation, another recent study from JAMA Pediatrics also found that girls report feeling more pressure to sext, and may have more sexual partners compared to girls who do not sext. Another recent study found that many girls who sext or are asked to sext react with confusion, but also believe that these requests are normal and struggle to turn them down.

Madigan and Temple recommend that parents have ongoing, “proactive” conversations with their children about “digital citizenship” and the consequences of sexting. However, they say that preaching abstinence regarding sexting “does not work.”

In contrast, Alysse ElHage with the Institute for Family Studies suggested in a blog post that perhaps a better message for parents to send their teens is that sexting is still only done by a minority of teens, and should not be accepted as normal behavior.

“Not only does [Madigan and Temple’s] response seem to disregard research linking teen sexting to other risky sexual behaviors, it also presents sexting as common teenage behavior, even though the present study indicates that only a minority of teens are sending and receiving sexually explicit images,” ElHage wrote.

“Although the increase in the prevalence of teen sexting is worrisome, it is still not the norm. Given that young people face tremendous peer pressure to sext because ‘everyone is doing it,’ perhaps a better message is that the majority of their peers are not sexting,” she emphasized.

“Justin Patchin of the Cyberbullying Research Center says that our education efforts need to emphasize ‘the abnormality’ of sexting behavior along with the dangers: ‘[R]emind the youth in your life that most teens are not asking for nude photos (or sending them),’ Patchin advises. ‘That is the norm, and one we should continue to encourage.’”