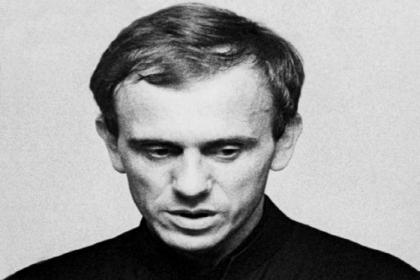 Editor's note: Blessed Jerzy Popieluszko is a role model for the Marriage Reality Movement providing an example of how to topple tyranny. As George Weigel wrote:

“During Poland II, John Paul II had the challenged his people to “vanquish evil with good.” The thirty-five year old Father Popieluszko used his sermons to spell out what that might mean. He urged his listeners to respect the human rights of all, and to live Christian charity. At the same time, he demanded resistance—people should live ‘as if’ they were free, refusing to participate in the continuing culture of lies that was communism.”(emphasis added) 1

MRM members must live as if they are free by not repeating the lies of our culture about marriage and the relationship between love and sexuality (see Quick Reflections on Reality).

WARSAW, Poland (CNA) -- When Communist officials kidnapped and killed Father Jerzy Popiełuszko, they likely did not intend to help create a Polish hero, martyr and future saint for the Catholic Church.

Although the Communists had been trying to kill Popiełuszko in ways that would seem like an accident, they captured him 34 years ago today, on Oct. 19, 1984. They beat him to death and threw his body into a river. He was 37 years old.

His crimes: encouraging peaceful resistance to Communism via the radio waves of Radio Free Europe, and working as chaplain to the workers of the Solidarność (Solidarity) movement and trade union, which was known for its opposition to Communism.

Popiełuszko was born on Sept. 14, 1947 to a farming family in Okopy, a village in eastern Poland bordering modern-day Ukraine. While World War II had ended, the regime of the Communist Party had taken place of the Nazis and ruled Poland at the time.

As a young man, Popiełuszko served his required time in the army before completing seminary studies and becoming a priest for the Archdiocese of Warsaw. He was ordained on May 28, 1972 at the age of 24.

As a priest in Warsaw, Popiełuszko served in both regular and student parishes. He became known for his steadfast, non-violent resistance to Communism, about which he spoke frequently in his homilies, which were broadcast on Radio Free Europe.

Popiełuszko participated in the Solidarity worker’s strike in Warsaw on March 27, 1981, a four-hour national warning strike that essentially ground Poland to a halt, and was the biggest strike in the history of the Soviet Bloc and in the history of Poland.

After this strikes, the Communist party declared martial law until July 1983 in the country, severely restricting the daily life of Poles in an effort to clamp down on their growing political opposition.

During this time, Popiełuszko celebrated monthly “Masses for the Homeland” on the last Sunday of the month, advocating for human rights and peaceful resistance of Communism, and attracting thousands of attendees. His Warsaw office had also become an official hub for Solidarity activities.

It was also during this time that Communist attacks against the priest escalated. In 1982, Communist authorities attempted to bomb the priest’s home, but he escaped unharmed. In 1983, Popiełuszko was arrested on false charges by the Communist authorities, but was released shortly thereafter following significant pressure from the Polish people and the Catholic Church.

According to a 1990 article in the Washington Post, Cardinal Józef Glemp, Archbishop of Warsaw at the time, received a secret message from the Polish Pope John Paul II, demanding that Glemp defend Popiełuszko and advocate for his release.

"Defend Father Jerzy - or they'll start finding weapons in the desk of every second bishop," the pope wrote.

On October 13, 1984, Popiełuszko managed to avoid a traffic accident set up to kill him. The back-up plan, capture and torture, was carried out by Communist authorities on Oct. 19. They lured the priest to them by pretending that their car had broken down on a road along which the priest was travelling.

The captors reportedly beat the priest with a rock until he died, and then tied his mangled body to rocks and bags of sand and dumped it in a reservoir along the Vistula River.

His death grieved and enraged Catholics and members of the Solidarity movement, who had hoped to accomplish social change without violence.

“When the news was announced at his parish church, his congregation was silent for a moment and then began shrieking and weeping with grief,” the BBC wrote of the priest’s death.

He also urged mourners to remain calm and peaceful during the priest’s funeral, which drew more than a quarter of a million people.

Again facing pressure from the Church and the Polish people, Poland's president Gen. Wojciech Jaruzelski was forced to answer for the priest’s death, and arrested Captain Grzegorz Piotrowski, Leszek Pękala, Waldemar Chmielewski and Colonel Adam Pietruszka as responsible for the murder.

“Our intelligence sources in Poland do not believe it,” the Washington Post reported in 1990, when the case was being revisited.

“Jaruzelski had presided over a far-reaching anti-church campaign. At least two other priests died mysteriously. And Jaruzelski created the climate that allowed the SB (Communist secret service) to persecute and kill Father Jerzy.”

In 2009, Popiełuszko was posthumously awarded the Order of the White Eagle, the highest civilian or military decoration in Poland. That same year, he was declared a martyr of the Catholic Church by Pope Benedict XVI, and on June 6, 2010 he was beatified. A miracle in France through the intercession of Popiełuszko is being investigated in France as the final step in his cause for canonization.

Popiełuszko is one of more than 3,000 priests martyred in Poland under the Nazi and Communist regimes which dominated the country from 1939-1989.

On Friday, Archbishop Stanisław Budzik of Poland and the Polish bishops’ conference released a statement honoring the memory of Father Popiełuszko and all the 20th century priest martyrs of Poland.

“Today, remembering Fr. Jerzy Popiełuszko, we remember the unswerving priests who preached the Gospel, served God and people in the most terrible times and had the courage not only to suffer for the faith but to give what is most dear to men: their lives.”