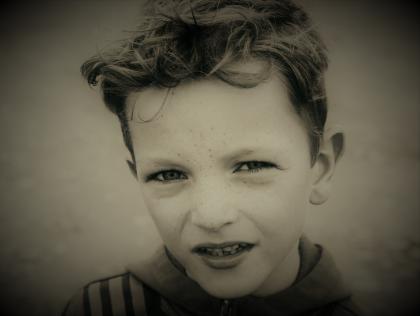 PHILADELPHIA, PA (CNA/EWTN News) — A group of foster parents and social workers appeared in court on Wednesday, asking that the city of Philadelphia rescind its decision to ban a Catholic organization from placing children in foster homes.

The plaintiffs of Sharonell Fulton et al. v. City of Philadelphia told a US District Court May 16 that they are being discriminated against because of their agency's deeply-held religious beliefs.

In March, CSS was informed that the city would no longer be referring foster children to the agency for assistance. Philadelphia then passed a resolution calling for an investigation into religiously-based foster care services, after a same-sex couple claimed they were discriminated against by a different faith-based agency.

CSS has not been the subject of discrimination complaints by same-sex couples. The agency says that it assists all children in need, regardless of a child’s race, color, sex, religion, sexual orientation or gender identity.

“Catholic Social Services will not stand in the way of anyone who wants to try and become a foster parent,” said Lori Windham, senior counsel at the Becket Fund for Religious Liberty. Becket is providing counsel for the case.

“They’re simply asking that they can continue to serve the children of Philadelphia consistent with their faith.”

The suit's lead plaintiff, Sharonell Fulton, has "fostered more than 40 children over 25-plus years as a foster parent. She has cared for children with significant medical needs and is currently caring for two special needs foster children," the lawsuit says.

The lawsuit claims that Fulton "could not provide the extensive care that these special-needs children require without the support she receives from Catholic Social Services."

Other plaintiffs include a foster parent recognized in 2015 as one Philadelphia's "Foster Parents of the Year," and a long-time social worker, herself a foster parent, who claims that she would likely discontinue providing foster care to children if she could not work with CSS. The agency itself is also a plaintiff in the lawsuit.

If the city declines to renew its current contract with CSS, which expires at the end of June, there’s a chance that children in CSS foster-care placements will be immediately removed from their homes. Windham, however, is hopeful that this will not be the case.

Since the policy went into place, Philadelphia has put out calls for new foster parents, as the city is facing a severe shortage. According to Windham, there are at least a dozen empty foster homes in the city — which are empty because they work with CSS.

Archdiocese of Philadelphia’s Chief Communications Officer Kenneth Gavin told CNA that the archdiocese is disappointed that the city decided to stop partnering with CSS, despite its history of providing care for children.

“Catholic Social Services of the Archdiocese of Philadelphia (CSS) recognizes the vital importance of the foster care program in our city and is proud to provide safe and nurturing foster environments to young people in need. We have been providing those environments for over a century. We were extremely disappointed when the City ceased new foster care child intakes with CSS in late March of this year,” said Gavin.

Gavin said the foster care program provides care “for all those in need with dignity, charity, and respect regardless of their background.” Given that the Philadelphia is in “a foster care crisis,” Gavin said he hopes that CSS will be permitted to continue providing care for needy children.

The lawsuit is expected to be heard later this year.