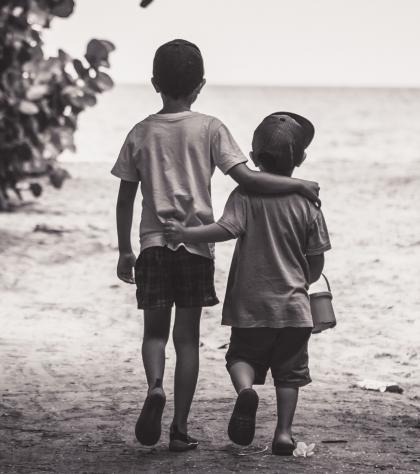 PHILADELPHIA (CNA) — Foster parents in Philadelphia will be in court next week, asking a judge to allow a Catholic agency to continue placing kids in foster care during a lawsuit that charges the city has unjustly discriminated against the agency.

“This is an important question — can the city end the ministry of an organization that has provided foster care for a century all over a political disagreement because that agency will not provide written certifications for same sex couples?” Lori Windham, senior counsel at Becket, told CNA.

In March, city officials stated that Philadelphia would no longer allow Catholic Social Services (CSS) to place kids in foster care. The officials cited the group’s unwillingness to place foster children with same-sex couples due to its religious beliefs on traditional marriage.

However, “No same-sex couple had ever actually approached Catholic [Social Services] and asked them to provide this certification,” said Windham.

CSS asked the U.S. Supreme Court in July for an injunction that would allow the organization to continue placing children in foster care while the legal action was decided. The court declined, but three justices, Clarence Thomas, Samuel Alito, and Neil Gorsuch, agreed with the request. Five justices are needed to grant an injunction. That question will now be put to the Third Circuit Court of Appeals in oral arguments Nov. 6.

The agency says if the court declines its request, it will be forced to discontinue foster care services.

Several foster families, who rely on CSS to help foster children, are plaintiffs in the case, including Cecilia Paul, who has fostered more than 100 children, and Sharonell Fulton, the leading plaintiff who has worked with CSS for 25 years.

CSS has placed children in foster care for a century and has had a contract with the city for half that time. CSS typically serves about 120 foster children in 100 foster homes. Last year, the charity says it helped more than 2,200 children in the Philadelphia area.

Ten days before it announced it would not renew its CSS contract, the city announced it was 300 beds short of what it needed to help children.

“As of today, there are more than two dozen open homes available to take children in today, and the city will not place children in those homes,” said Windham.

She said the city council issued “a resolution condemning discrimination under the guise of religious freedom.” However, she said, the city had struggled to find the law which CSS has supposedly violated.

“They have pointed to a couple of different things that we’ve shown, either, don’t apply to foster care or are riddled with exceptions,” she said.

“The city allows agencies to refer couples elsewhere. Testimony was that referrals happen all the time and the city acknowledges that. At least in some cases, it’s allowed to refer a respected foster parent to another agency, who is a better fit for them, but they are refusing to allow Catholic to make referrals.”

This is not only a religious freedom issue but also a free speech issue, Windham said.

“The city wants Catholic to provide a written document that is endorsing these relationships; Catholic can’t do that and so they are happy to refer these couples elsewhere to someone who can provide them with that certification.”

Windham said this is similar to one decided in June, when the Supreme Court decided Jack Phillips had the right to refuse to provide a wedding cake for a gay marriage based on his religious beliefs.

“It makes this case similar to the Masterpiece Cakeshop case … where the Supreme Court said religious claims are entitled to neutral and respectful consideration.”