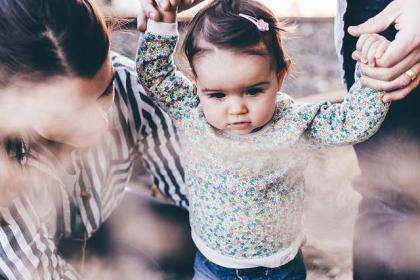 MRM Editor’s Note: Faith-based and other adoption or foster care agencies that have policies of only placing children with a married man and woman are facing attacks across the country on the basis of discrimination against same-sex couples. Some religious liberty protections have been enacted into law in Oklahoma and are being proposed in others states, but this is not the best solution.

What is going on here? Who is being served by these agencies, people looking to adopt or the children in need of adoption? Who is best qualified to stand in for the mother and father these children have lost?

Only a man can stand in for the father and only a woman for the mother from the child's perspective. In these cases, children are being treated as commodities for adults are trying to claim rights to them. The dignity and the rights of the child must be respected. The child has already been deprived of their mother and father one time, it is a violation of their rights to be deprived of a married mother and father a second time.

What do you think?

OKLAHOMA CITY, OK (CNA/EWTN News) — With the signing of a bill preserving the religious freedom of adoption agencies in Oklahoma, Gov. Mary Fallin drew praise from the state’s Catholic bishops on Friday.

“We are grateful for Gov. Fallin’s support of religious liberty in Oklahoma. The new law will bring more adoption services to the state and allow crucial faith-based agencies to continue their decades-long tradition of caring for Oklahoma’s most vulnerable children,” Archbishop Paul Coakley of Oklahoma City and Bishop David Konderla of Tulsa said May 11.

“Since the law does not change the process for placing foster children or ban any family from adopting, we hope and pray this action will increase the number of children matched with loving families,” said the bishops.

The bill, S.B. 1140, passed the Senate by a vote of 33-7 and the House of Representatives by 56-21. In the House, legislators opposed to the bill tried to make various parliamentary measures to prevent a full vote and at one point were warned that further disruption would result in their removal, the Catholic Conference of Oklahoma reported.

Fallin said the bill “allows faith-based agencies that contract with Oklahoma to continue to operate in accordance with their beliefs. In a day and time when diversity is becoming a core value to society because it will lead to more options, we should recognize its value for serving Oklahoma also because it leads to more options for loving homes to serve Oklahoma children.”

“Other states that have declined the protection to faith-based agencies have seen these agencies close their doors, leaving less options for successful placement of children who need loving parents,” she said, according to the Tulsa World.

Catholic adoption and foster placement agencies in Illinois, Massachusetts, and the District of Columbia, among others, have been forced to close because of laws or funding restrictions that would require them to place children with same-sex couples or with unmarried heterosexual couples.

The Baptist General Convention of Oklahoma was among the other backers of the Oklahoma bill.

The bill’s text bars requiring a private child-placement agency to perform, assist, counsel, recommend, consent to, refer, or participate in a placement of a child for foster care and adoption should such a placement “violate the agency’s written religious or moral convictions or policies.”

It also bars denying licenses or state or local grants to agencies that act on religious or moral objections. Further, the law protects them from civil action.

Critics of the bill charged that it was discriminatory and unconstitutional.

Toby Jenkins, executive director of the LGBT activist group Oklahomans for Equality, charged that taxpayer dollars were being used to discriminate against both couples and children waiting for placement.

“Oklahomans for Equality is deeply disappointed in the governor’s lack of leadership. The pervasive and persistent mean-spirited legislative efforts continue to be day-to-day business in Oklahoma,” he said, suggesting recourse to the Oklahoma Supreme Court would be considered.

However, several legal scholars backed the bill’s constitutionality in an April 12 letter to State Rep. Travis Dunlap and State Sen. Greg Treat. Constitutional criticisms of the Oklahoma bill are, in their view, “obstructionist objections with no basis in existing law or in original understanding.”

“This provision would create an exemption from any provision of state law that might otherwise require an agency to violate its religious commitments,” they said, saying such exemptions have been an American legal tradition since the 1600s.

They cited a 1992 study which estimated there are 2,000 religious exemptions under federal and state laws. Many more exemptions have been enacted since then.

While there are limits to appropriate bounds of religious exemptions, the scholars said, the Oklahoma bill “does not come close to triggering any of these limitations.”

The 61 state-monitored child placement agencies in Oklahoma make “an ample number to meet the diverse needs of all Oklahomans, including LGBT children and LGBT adoptive parents.” With these “readily available alternatives,” said the scholars, the bill is “a model of liberty and justice for all.”

“The religious providers need not violate their conscience, and the needs of all Oklahomans are served.”

While critics of the bill had charged that it constituted the unconstitutional establishment of religion, the scholars said “exemptions are not a way of expanding the power of the dominant religion; they are a way of protecting religions that lack the political power to prevent legislation or court decisions that impose substantial burdens on their religious practice.”

“Government does not establish a religion by leaving it alone. The Supreme Court has repeatedly, and unanimously, so held,” they continued.

Receiving government funding does not bind private organizations to be treated as if they were state agencies, they explained: “if a child-placing agency with state funding chooses to act in accord with its religious convictions, the state has not directed that choice, the state is not responsible for it, and the child-placing agency’s choice is not state action.”

Fallin said the bill would not affect any current practices allowing LGBTQ individuals and couples to foster and adopt. She said she is committed to “preserving the rights of all Oklahomans who are eligible and want to be considered for parenting.” She announced a planned executive order directing the state’s Department of Health and Human Services to publish on its website a list of Oklahoma adoption and foster care agencies who are “willing to serve everyone” who meets the state’s adoptive parent criteria.

A significant advocacy campaign to limit religious freedom protections is underway across the U.S. CNA reports have found at least $8.5 million in earmarked grants from several wealthy funders, including some of the most influential foundations in the country. Many of these funders are now working together through the Massachusetts-based Proteus Fund’s Rights, Faith & Democracy Collaborative, which says it opposes “the inappropriate use of religious exemptions to curtail reproductive health, rights and justice, discriminate against members of the LGBTQ community, and otherwise undermine fundamental rights and liberties essential to a healthy democracy.”