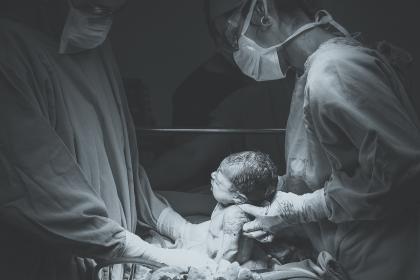 MRM Editor's Note:  In our Formation Mantra 2 section of our website, we have stated no one is entitled to another person.  A child is entitled to a relationship with his or her mom and dad united irreplaceably in marriage, but that is entitlement to a relationship, not to a person.  In the article posted below we see, as we have in other articles, increased use of surrogacy, and embryos created in a lab through in vitro fertilization - which might not even be from the male and female contracting with a woman to carry a  child to term. The "commodification" of children is a growing phenomena in our society, and there is no end in sight related to the many ways this can damage our understanding of the intimate nature of the creation of children in the womb, through an act which expressly involves that child's mom and dad. There is now a website to reach out to those conceived through these "manufactured "means. It is www.thembeforeus.com. The article which follows focuses mostly on the woman paid to carry the baby. But in reading it, one will see that there is no protection for that surrogate, OR for the child, who is being created and given to the "purchasers." Surrogacy is one more way in which adults violate the human right of every child to grow up in a family with their mom and their dad united in marriage. Here is another link to an article we posted in September, 2018, about artificial reproduction and its dangers.

ALBANY NY (CNA). The bishops of New York stated their opposition to commercial surrogacy Wednesday as a new bill was introduced to legalize the practice in the state.

“The surrogacy legislation is designed mainly to benefit wealthy men who can afford tens of thousands of dollars to pay baby brokers, at the expense of low-income women,” said a Jan. 8 statement from Kathleen M. Gallagher, director of pro-life activities for the New York State Catholic Conference.

A bill, A.1071 / S.2071, has been introduced in the state legislature which removes existing prohibitions on surrogacy contracts in New York. The Empire State is one of the few remaining states in the country not to have legislation on surrogacy.

Under the legislation, embryos created in a laboratory through in vitro fertilization (IVF), using sperm and eggs that may or may not be from the legal parents, can be transferred to the uterus of a woman who, having agreed to be a surrogate mother, is contractually obligated to bear the child and give the baby back to the legal parents.

Regarding the practice of IVF, the Catechism of the Catholic Church paragraph 2376 teaches that:

“Techniques that entail the dissociation of husband and wife, by the intrusion of a person other than the couple (donation of sperm or ovum, surrogate uterus), are gravely immoral. These techniques (heterologous artificial insemination and fertilization) infringe the child's right to be born of a father and mother known to him and bound to each other by marriage. They betray the spouses' ‘right to become a father and a mother only through each other.’”

The New York Catholic Conference, which speaks on behalf of the bishops of the state, called the bill “a dangerous policy that will lead to the exploitation of poor, vulnerable women, and has few safeguards for children.” There are no safeguards such as residency requirements and background checks for surrogate parents, the conference says.

Other countries, including almost all European Union members, have begun moving away from the practice after cases of abuse of poor women acting as surrogates were made public.

India, Nepal, Thailand and Cambodia have banned the commercial surrogacy trade and the EU Parliament has found it to be a “serious problem” and one “which constitutes an exploitation of the female body and her reproductive organs.”

In addition, the legislation explicitly denies any and all rights to babies in utero, stating that they may not be viewed as a ‘child' under the laws of New York, with the presumption that they must instead be viewed as manufactured products or disposable goods.