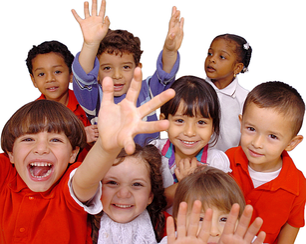 MRM Editor's Note:  In a number of schools, there is an increasing threat to our children, with new curricula that corrupts. This new, false understanding about marriage, family, sexuality, and morality, that children are pressured to accept, conflicts with the truths we have taught them, and undermines their faith. This article discusses new federal legislation being proposed that, if passed into law, would help provide additional choices for children and their parents. Children have a human right to know the truth about love, marriage, family, and sexuality, and not have those truths undermined by falsehoods being taught as dogma in their schools.

WASHINGTON, DC (CNA) — A proposed federal tax credit-based scholarship program could provide a boost for parents who want to send their children to Catholic school, and it has the backing of a major Catholic education group.

“This bill is clearly something we could support,” said Sister Dale McDonald, P.B.V.M., director of public policy and educational research at the National Catholic Educational Association. Her organization’s membership includes more than 150,000 educators serving 1.9 million Catholic school students across the U.S.

“We believe it’s a justice issue,” she told CNA. Parents who are well off can move to a better school district, but parents who can’t have a particular claim on society’s need to care for them.

“Parents as the primary educators of their children should be helped to be able to choose the best option for their children, and in most cases that would involve money,” she said.

McDonald said the association is pleased with the general framework of what the U.S. Department of Education calls Education Freedom Scholarships, put forward by supporting members of Congress.

If the legislation passes Congress, these scholarships will be funded through taxpayers’ voluntary contributions to state-identified Scholarship Granting Organizations. Donors will receive a federal tax credit equal to their contribution.

According to the education department, the tax credit program could mean “a historic investment in America’s students, injecting up to $5 billion yearly into locally controlled scholarship programs that empower students to choose the learning environment and style that best meets their unique needs.”

States could use the program to expand student access to education opportunities including private and home education; special education services and therapies; transportation to school; advanced, remedial and elective courses; summer and after-school programs; tutoring; and apprenticeships and industry certifications.

Sister McDonald said the NCEA has supported “fair and full choice” or “parental choice” for more than two decades.

“We produce well-educated citizens with moral values who have track records of community service, and, from our perspective, commitment to our Church and the civic values that they learn in school,” she said.

All schools serve the public good, and Catholic schools act “in concert” with public school, not in opposition to them.

While talk of taxpayer funds to Catholic schools sometimes prompts fears of political interference in their mission, McDonald pointed to protections in the proposed legislation.

The legislation says it does not allow the federal government, the state, or another scholarship-granting entity to control “any aspect of a private or home educator provider.” No education provider may be excluded or disadvantaged based “in whole or in part” on its religious education character or affiliation, “including religiously- or mission-based policies or practices.”

Non-interference with a Catholic school’s mission is a particularly important feature of the proposal, said McDonald. This would bar efforts to require that Catholic schools give up any part of their religious identity if they want to participate in the scholarship programs.

Elizabeth Hill, press secretary at the U.S. Department of Education, emphasized these provisions in a March 6 email to CNA.

“Discrimination against any education provider based on their religious character or affiliation is expressly prohibited,” Hill said. “Existing state constitutional provisions like Blaine Amendments would not prohibit a state from including private and parochial schools as eligible providers under a federal tax-credit for scholarships. State constitutions apply to state appropriations and tax expenditures.”

McDonald added that the legislation is clear that the scholarship is “a benefit to the child,” saying “this is paid to the parent, not to the school even in any state programs.” Any denial of a “secular benefit available to all” would run afoul of U.S. Supreme Court decisions, in her view.

At the same time, any legislation must pass Congress for a federal tax credit to become available for scholarships.

The NCEA said it will “work with others in the private school community to advocate for congressional passage.”

“There will be a number of challenges in attempts to gain bipartisan support for the bills in both houses of Congress and get a final bill passed,” the association said in a statement. “Coalitions of supporters will need to engage with one another and with parent groups to develop a blueprint for advocacy with their congressional delegates to dispel myths and promote benefits of the program.”

The U.S. Department of Education said the scholarships “will not create a new federal education program but instead will allow states to decide whether to participate and how to select eligible students, education providers, and allowable education expenses.”

“The policy would not rely on any funds currently allocated to public education, nor would it create a new federal education program. Participation would be voluntary for students, schools, and states,” the Department of Education said.

Secretary of Education Betsy DeVos said “freedom for all involved” is the key element of the proposal.

“Students, families, teachers, schools, states — all can participate, if they choose, and do so in the ways that work best for them,” she said in a Feb. 28 statement. “The major shift is that a student's needs and preferences, not their address or family income, will determine the type and quality of education they can pursue.”

“Every student in America should have the opportunity to receive a high-quality education, and we can help accomplish that goal through a new federal tax credit,” Byrne said Feb. 28. “This model has succeeded at creating opportunity for students in my home state of Alabama, and I am hopeful through this legislation that we can create similar opportunities for students around the country.”

U.S. Sen. Ted Cruz, R-Texas, a sponsor of the Senate version of the legislation, said the proposal would help all students access “a personalized education experience that meets their individual needs.”

“A quality education is the gateway to the American dream and stable, family-sustaining employment,” Cruz said.

As the NCEA understands the bill, McDonald said, a scholarship-granting organization could be set up even without legislative involvement. The proposed legislation is “deliberately vague so that other configurations could work if a state would not want to do it.”