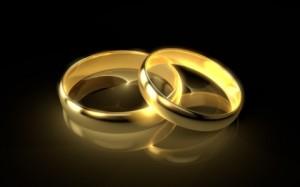 Pope Francis has repeatedly called for the Church to offer longer and more in-depth forms of marriage preparation ... “To enter the Sacrament of Marriage, the engaged couple must mature the certainty that within their bond is the hand of God, who precedes them and accompanies them, and will allow them to say: ‘With the grace of Christ I promise to always be faithful to you.’”

About half of all first marriages in the United States end in divorce, a figure which only climbs with every subsequent marriage. However, a recent study from the Institute for Family Studies has shown that there are an estimated 14,785 fewer divorces in 2016 thanks, in part, to state-mandated premarital counseling.

Presently, 10 states have laws on the books that require couples undergo marriage counseling.

In 1998, Florida became the first state to enact such a policy, followed by Oklahoma, Maryland, Minnesota, Tennessee, Georgia, South Carolina, Texas, West Virginia, and, most recently, Utah, which passed its law in 2018. These laws either require or incentivize premarital counseling by offering a discounted or free marriage license, and permit both religious and non-religious counseling.

In states that did enforce premarital counseling requirements, the IFS found that divorce rates were about 0.5 to 1.5 percent lower than states with no such requirements. The study’s author noted that the statistics could be underestimating the programs’ effectiveness.

“While this may seem like a small effect, note that the divorce-reduction effect is measured for all marriages, including those that began before the premarital education policies were implemented,” said Tiffany Clyde, the author.

“In other words, most marriages measured by the divorce rate could not be ‘treated’ because the policy was not in place when they married. So, the divorce-reduction effect of the policy is likely underestimated,” she said.

While the results show that these programs contribute to positive results, the Institute for Family Studies also found that many states either did not effectively enforce them, or ended funding to enforce them after only a few years. Clyde posited that couples who married after the policies went into effect will likely show even lower rates of divorce then the general results.

The Catholic Church in the United States typically requires that couples undergo some form of pre-Cana program prior to their marriage. This comes in the form of counseling with a priest, classes, retreats, or a mixture of these methods.

Timothy Olson, a canon lawyer who works with couples and serves as a judge in marriage annulment cases for the Diocese of Fargo, told CNA that he believes marriage preparation is vital for all couples, whether they are religious or not.

The Church considers marriage to be a natural right, explained Olson, and therefore it is extremely important that couples know what they are getting into.

“Marriage preparation is targeted at preparing a couple for the realities of marriage, which include how feelings change over time, and how affection works, and all those things,” said Olson.

Couples who are not religious or even baptized, Olson said, can still benefit greatly from counseling before marriage.

“Even as a natural institution, grace builds on nature,” he said.

“For everyone, whether baptized or not, it’s important to have more than just the gist of the basics in human dynamics that come across in a marriage,” Olson said.

“Being able to deal with the problems that inevitably come up, difficulties with children, the interrelationship with the couple, all those things matter in the formation of a stable permanent union.”

"Helping couples understand the fullness of marriage, but enlightened by the realities of human experience, needs to take place before the wedding," he said.

“Whether you’re religious or not, these are still things you simply must be prepared for, rather than hoping on good intentions. With marriage preparation programs, whether in the religious context or the secular context, the hope is to prepare people for their responsibilities in marriage.”

Pope Francis has repeatedly called for the Church to offer longer and more in-depth forms of marriage preparation.

In October he said that "three or four" meetings in the parish was not enough.

“The preparation must be mature and it takes time. Marriage is not a formal act; it is a sacrament,” Francis said.

“To enter the Sacrament of Marriage, the engaged couple must mature the certainty that within their bond is the hand of God, who precedes them and accompanies them, and will allow them to say: ‘With the grace of Christ I promise to always be faithful to you.’”

Go To USCCB Website: FOR YOUR MARRIAGE, for more marriage helps. And GO HERE For Marriage Prep.