Choosing Ideology over Rights of Children 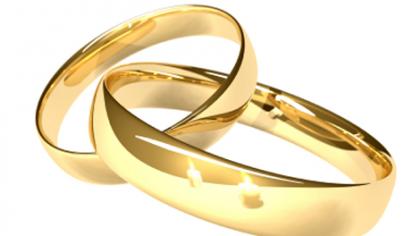 Editor's Note: This is a wonderful article written by Bill May, the insightful founder of our Marriage Reality Movement.  The points made in this article originally published in September 2014 are still very salient and instructive today. Bill explains how some approaches to defending marriage invite conflict and open the door for arguments, while staying "on message," promoting the Fundamental Right of Children to grow up with their mom and dad, whenever possible, united in marriage, speaks truth and reveals reality. Please take the time to read Bill's perspective. His insight is such a gift to all of us, as we try to be effective advocates for children and Marriage Reality.

A recent article published by Reuters reported that lawyers intent on persuading courts to redefine marriage are employing a new strategy: recruiting same-sex couples with children to provide emotionally charged testimony in favor of recognizing their relationships as legal marriages.

They are tapping into U.S. Supreme Court Justice Anthony Kennedy’s contention in the Defense of Marriage Act decision (U.S. v. Windsor) that denying same-sex couples marriage benefits “humiliates” tens of thousands of their children. Reuters also reported that, during oral arguments in the Proposition 8 case (Hollingsworth v. Perry), Kennedy said that the thousands of children living with same-sex parents “want their parents to have full recognition and full status.”

Lawyers have been putting “interviews with kids as young as 7 in court filings and organizing media events featuring teenagers,” according to Reuters. They provided an example of a 16-year-old girl in Virginia who testified before the media, “These are my two moms, and this is my family.”

The typical retort to such arguments is that children deserve a mom and a dad, and marriage between a man and a woman supports that norm. The temptation, however, is to bolster that contention by seeking scientific studies that provide evidence that children of same-sex parents do not fare as well as children with married mothers and fathers.

That may be true, but what is the point of making this argument?

Talking about outcomes for children and who can parent best actually shifts the conversation away from the meaning and purpose of marriage to the issue of parental competence. It is a plain fact that some children are being parented by same-sex couples, and it is fair to presume that these parents love their children and are trying to do the very best job they can to raise them. Arguing that they don’t make good parents only causes them and others to bristle. No one likes to be told he or she is a bad parent.

At issue, rather than parenting, is the ability to promote the right of the child to be born into a family with his or her mother and father united in marriage: If marriage is redefined to have no connection with conception and the bearing of children, promoting the unique value of men and women marrying before having children would violate the principle of “marriage equality” and would discriminate against those who can only form families with unrelated or partially related children.

In Evangelii Gaudium (The Joy of the Gospel), Pope Francis cautioned us that when seeking to promote the common good in the public square we ought to avoid conflict based on mere ideas and seek unity based on reality. He writes: “There exists … a constant tension between ideas and realities. Realities simply are, whereas ideas are worked out. There has to be a continual dialogue between the two, lest ideas become detached from realities” (231).

Consider when the state recognizes the reality of marriage: A civil institution is enshrined in the law that specifically unites children with their moms and dads. Our opponents have taken advantage of societal confusion to use a bait-and-switch tactic. Their argument for redefining marriage shifts the topic from the institution that unites kids with their moms and dads — an institution grounded in reality, not in a mere idea or social construct — to cases involving children who have already been deprived of their mom, dad or both.

They are talking about a situation where someone has adopted a child, is parenting a child from a broken marriage or, worse yet, has created a child with the intention of depriving him the fundamental right of knowing and being cared for by his mom, dad or both (i.e., heterologous artificial fertilization, conception through the use of donor gametes).

There are many things that have led to the confusion about marriage today, but one of the most important insights from a public-policy perspective is the fact that marriage has been separated from children in the minds of the majority. Fatherlessness is rampant. It has become accepted as normal for children not to live with married parents.

It is important to remind ourselves that every child has a mother and father, and to lose one or both deprives the child of something that is common and good — especially when this is done intentionally.

The agenda to redefine marriage is not about same-sex couples per se. Rather, it concerns establishing a new norm of diversity in families designed to meet the desires and needs of adults. Reducing the issue to the question of whether or not same-sex couples should be permitted to marry obscures this reality.

No matter what argument is proposed or how our opponents’ own confusion further compounds the culture’s already-muddled understanding of marriage, we must focus on a single line of questioning to help ground the conversation in the reality of marriage as a community of life and love.

Reality is best seen through the eyes of the child. Do children have a right to know and, as far as possible, be cared for by their married mom and dad? Do we need an institution that is specifically geared to reduce fatherlessness and unite kids with their moms and dads? Does anyone have a right to create children with the intention of depriving them of knowing and being cared for by their mom, dad or both — as in the case of donor-conceived children?

Keeping these questions in mind will help us avoid falling for the “bait and switch.” When you hear an argument for redefining marriage, ask yourself, “What does this have to do with the only institution that specifically unites kids with their moms and dads?” The answer will usually be, “Nothing.”

Bill May is president of Catholics for the Common Good.