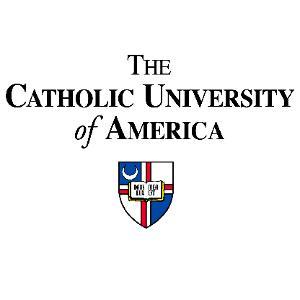 WASHINGTON, DC (CNA) Students at The Catholic University of America have asked the administration to ban the top 200 pornography websites from its internet system.

The call came in a petition and resolution passed by the university’s Student Government Association and signed by its student body president on Monday, April 1.

The “Resolution for a Pornography Free Campus Network,”  was sponsored by student Sen. Gerard McNair-Lewis, a junior at the University. It states that the Student Government Association Senate “hereby requests that the University take an outward stance on the use of pornography by prohibiting access to the top 200 pornography sites through the campus network.”

“This allows the University to remove itself as a means in accessing such material.”

The resolution was passed by a vote of 13 to 12, and signed by SGA President Jimmy Harrington. Student vice president, Weston Kirby, cast the tie-breaking vote.

In a statement issued after he signed the resolution, Harrington said that he did not think that Catholic University of America students had any inherent right to access pornography on the school’s internet.

“I am signing the Resolution not from purely religious or Catholic grounds, but because The Catholic University of America can and should exercise its rights to prohibit the use of pornography on the campus network,” said Harrington.

One of the resolution’s co-sponsors, Alexandra Kilgore, told CNA that she was surprised to learn action had not already been taken.

“I was honestly shocked to learn that such a ban wasn't already in place. Even my public high school blocked inappropriate content on its wi-fi, so I knew The Catholic University of America could do better,” she said.

“As a woman, I thought it was important to be a cosponsor to bring to light that pornography is not just a men's issue. Not only does the industry exploit and prey upon primarily women and girls, but females can struggle with addiction and consumption just as much as males.”

Kilgore described the resolution as a positive expression of corporate concern among the student body, not a condemnation.

“Our resolution is not intended to shame anyone or to make pornography addiction more isolating than it already is. Rather, it demonstrates the Student Government Association's commitment to the well-being of the student body and the University's continued demonstration of the teachings of the Catholic Church.”

Harrington rejected the idea that blocking pornography amounted to censorship or a violation of personal freedoms, saying “it is a regulation that the national University of the Catholic Church or any private institution ought to enact.”

The Catechism of the Catholic Church describes pornography as a “grave offense.”

It “offends against chastity because it perverts the conjugal act, the intimate giving of spouses to each other” and does “grave injury to the dignity of its participants,” the Church teaches.

“Civil authorities should prevent the production and distribution of pornographic materials,” states the Catechism.

Harrington pointed out in his statement that many secular organizations ban pornography from their networks, not only out of moral concerns, but also becasue such websites often contain viruses and other malware that can damage machines.

“If a secular company can block these sites from their networks and computers, then I am even more convinced that The Catholic University of America ought to be able to and should regulate these sites on its own network,” said Harrington.

Cornelius Deep, a member of the student Senate and one of the co-sponsors of the resolution, told CNA that the student body reaction to his resolution was not what he had expected.

“Surprisingly, the majority of people I have come across have thanked me for standing with this bill,” Deep said. Others have told him that while they were initially against the resolution, they changed their minds after attending the Senate meeting and hearing arguments against pornography.

Deep told CNA that he believes that most men his age recognize that pornography is bad, but continue to consume it due to its addictive nature. Still, he believes that what he and his fellow senators are doing is an important step.

“It is important to be the change you want to see in the world and if we want to see pornography, the intrinsic evil of degrading human beings, be eliminated than we must be the ones to start the change,” said Deep.

The resolution also enacted a clause requesting that the school provide additional pastoral services through its Counseling Center and Campus Ministry offering assistance to those who exposed to pornography.

Kilgore told CNA that many services were already available to students, and that these had a real value.

While the resolution has been voted on and signed, it is technically non-binding and there is no guarantee its goals will ever come into fruition.

University administrators, though, told CNA that they are grateful with the steps taken by the students on this particular issue and will consider the ban in the future.

“It is difficult to ignore the firm stance against pornography made by our student body,” Karna Loyoza, spokesperson for The Catholic University of America, told CNA.

“No decision has been made on the ban, but the University is grateful to the SGA for bringing to our attention their desire that we ban pornography on the University network,” said Loyoza.