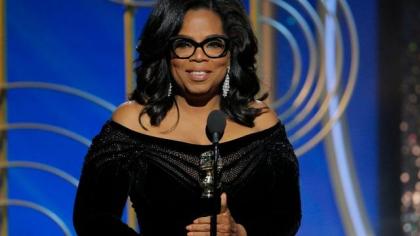 Only by demanding commitment can women gain control of sex

MRM Editor's Comment: WARNING: The video produced by the Austin Institute included in this article makes a point about the sexual marketplace and its consequences, but it takes a utilitarian approach that could be interpreted as women using sex to get what they want: marriage and commitment. It reduces sex to a transactional relationship and ignores the fact that the biggest problem in relationships in the culture, as St. John Paul II taught, is when people fall into seeing other people as means to an end, rather than ends in themselves. When that happens, the relationship only survives as long as both parties are having their needs met or are happy; but when that changes, the relationship is over. There was never any love to start with.

The video also seems to trivialize sex before marriage and ignores the harm to the dignity of the person of cohabitation before marriage. Certainly a couple can have good intentions and be moving toward marriage, but sex outside of marriage is always an act of use, or mutual use, as St. John Paul II taught.

So keep these points in mind when you view the video.

Stars who turned out in black — and nearly all the women did — at the Golden Globes awards on Sunday were sending a message about solidarity with those of their number, and countless other women, who have suffered abuse or indignities from male colleagues at work. Black, signalling “this is serious, you men”, but with it, a fair bit of boob display to show that “we still want you to think we are sexy, even if we are 68 and our eyesight is failing.”

Otherwise, the women did not have a lot to say for themselves or the cause – and the men even less. They left that to Oprah Winfrey, who was able to weave #MeToo and #Time’sUp in with black rights history and launch herself as a plausible presidential candidate at the same time. From the New York Times:

“What I know for sure is that speaking your truth is the most powerful tool we all have,” Ms. Winfrey said, as she settled into a preacher’s rousing cadence. She recounted the story of Recy Taylor, a black woman who was raped in 1944 and whose white assailants were never charged. “For too long, women have not been heard or believed if they dared to speak their truth to the power of those men,” Ms. Winfrey said. She paused, just for a moment. “But their time is up.” The audience broke into applause. “Their time is up!” The audience rose to its feet. “Their time is up!”

But that wasn’t the end of the speech. Ms. Winfrey closed by proclaiming that “a new day is on the horizon,” and envisioning “a time when nobody ever has to say, ‘Me too,’ again.”

It was encumbent on the Hollywood A-list at its first gong ceremony since the Harvey Weinstein expose to denounce the sexual harassment culture that happens to be especially prevalent in their own industry. And the media on the whole had to treat it respectfully. But not London Times pundit Melanie Phillips, who fumed,

“It’s hard to recall a more egregious display of vanity signalling than the black dress protest. It was “please snap me while I pose in my conscience”. MeToo! MeToo!

“Many of them knew about this behaviour but chose to keep quiet,”Phillips noted.

Even on a night of earnest virtue signalling, the “saucily glitzy black dress” — as a Guardian writer characterised some excessively revealing bodices — was a “conundrum” rather than a flat out contradiction. “There are complexities as to how sexiness can be safely handled,” wrote Jess Cartner Morley. “It’s just that we haven’t quite figured out how to unpick this stuff, yet.”

Unpicking sexiness will no doubt keep a few journalists and women’s studies employees busy for a while, but it is hard to see how it will prevent any of the abuse that women are complaining about. Even “speaking out without fear of retribution” — “our culture’s new North Star,” according to actress Laura Dern — tells us nothing about the content of positive cultural change.

In an article last month (December 19) The Economist attempted this task – with minimal success. By way of introduction it described a study that shows how unsure women are of their own standards when it comes to a concrete situation. Women applying for a (fake) research assistant job were asked three questions of a personal, implicitly sexual nature, by male interviewers. This is what happened:

“Not one refused to answer, let alone complained or walked out. When they were asked afterwards (and offered the chance to apply for a real job), they said they had felt not anger, but fear.”

And yet a large group of college undergraduate women, when asked to just imagine being asked those questions, said they would react negatively, as most of us probably would predict in our own case.

“An ethics review board had let the experiment go ahead when it was assured that the interviewers would go no further than off-colour questions. And yet videos of the interviews showed how much this supposedly minor sexual harassment threw the women off their stride. They plastered on fake smiles, ummed and ahhed, paused and trailed off more often than the control group. Ms LaFrance, who studies non-verbal communication, says they “screwed up the interviews”.”

When clips from the videos were shown to male MBA students, however, many of them failed to see that the women were uncomfortable – they thought the women were amused or even flirtatious. When offered course credits for spotting the fake smiles, many could do so well enough.

The experiment, as The Economist observes, demonstrates how “sexual harassment of women at work by powerful men” works, and “the misconceptions that have enabled it to continue for so long.”

But the differences between men and women run deep, and it is by denying them that we have got ourselves into the current sexual mess. The rest of the Economist’s essay explores what is necessary to create new social norms for sexual behaviour, when in fact we have had a decent set of norms within living memory, based on the realities of sexual difference. These are norms in which women hold the power – not the power of dictating a process (yes at every step) but the power of exacting a commitment, namely, marriage.

Oprah made a big thing of “truth” in her speech at the GGs with reference to powerful men. Yet the truth is that women over the past five or six decades have given away their power. As the video [to the right] explains in the language of the market, sex is “her resource” and “she” is the price-setter. But by embracing the logic of the contraceptive pill women have made sex incredibly cheap, and men, with their more pragmatic approach to sex, now have the upper hand.

The result is that women are not only molested at work (why not, when everywhere else they seem available), but they are competing with one another in a marriage market where men are scarce, and waiting longer for a husband while their fertility declines. Men, it seems, would rather linger in that corner of the market where sex is so cheap than commit themselves to family life. Their fertility is not on the line.

So the solidarity women need now is not a helpless #MeToo chorus or black frock parades, but, as the video commentary points out, the solidarity of “collusion” in driving up the price of sex again — all the way up to marriage. Unfortunately, there is no sign of that happening.

Would it, in any case, solve the Harvey Weinstein problem? There will, of course, always be cads who force themselves on women, but if the sex-within-marriage norm prevailed again there would certainly be less of that behaviour — and domestic violence, and date rape.

This article is published by Carolyn Moynihan and MercatorNet under a Creative Commons licence. You may republish it or translate it free of charge with attribution for non-commercial purposes following these guidelines. If you teach at a university MercatorNet asks that your department make a donation. Commercial media must contact MercatorNet for permission and fees.