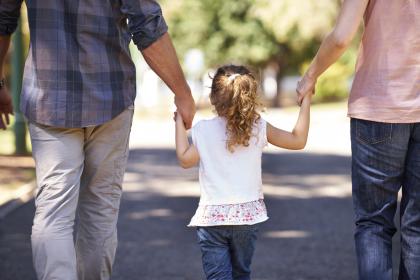 The better term for communicating the reality of marriage is to think about it in terms of “irreplaceability.” Marriage is the free choice of a man and a woman to make themselves irreplaceable to each other.

Today, many think of marriage as merely a “committed relationship” between a man and a woman that is related to the fulfillment of the spouses and, in many cases, to providing an ideal situation for raising children. But what does “commitment” really mean in the context of marriage, and is it the best word to use to help people understand it? Commitment can be a confusing word, as my fellow Catholics for the Common Good Institute board member Dominican Father Michael Sweeney has joked, “The word ‘commitment’ used to mean to put somebody away.”

The better term for communicating the reality of marriage is to think about it in terms of “irreplaceability.”

Marriage is the free choice of a man and a woman to make themselves irreplaceable to each other. The word has the appropriate finality about it and therefore is obviously lifelong. If a man and woman really choose to make themselves irreplaceable to each other, the choice is obviously irrevocable or the spouses were never irreplaceable at all. Irrevocability is another important part of marriage reality that people seldom think of today. Another dimension of marriage reality related to irreplaceability, which recognizes the uniqueness of a particular person, is non-substitutability. No one can be substituted for a spouse as if he or she was your spouse.

The reality of irreplaceability is seen most clearly through the eyes of the child. We each carry the flesh of our mother and father for all eternity. More than just a biological artifact, there is a sense of loss if we are deprived of the love and relationship with our mother and father and the unity between them. These common desires and longings can be called an experience of God’s plan for creation.

The married couple is not only related to each other through their children, but through their choice to make themselves related to each other through their marriage. “Therefore a man leaves his father and his mother and cleaves to his wife, and they become one flesh” (Genesis 2:24, RSV Catholic Edition). Turning to the New American Bible for this same verse, the clarifying footnote reads, “The covenant of marriage establishes kinship bonds of the first rank between the partners.”

The validity and dignity of the marriage does not depend on its fruitfulness, but by recognizing the reality of becoming one flesh by free choice to live a vocation of life and love.

My mother used to say jokingly, “You can pick your friends, but you can’t pick your relatives.” We all knew what she meant. We all have some relatives that we would not pick as friends, and we would probably not choose to spend time with them except for the fact that we love them simply because they are “flesh and blood.” We socialize with them, look after them, take care of them when they are sick and help them in need — without condition. It was the experience of the unconditional love that my mom and dad had for me, for each other and for our relatives that gave me a glimpse of God’s unconditional love for me and was a model for how to love others unconditionally.