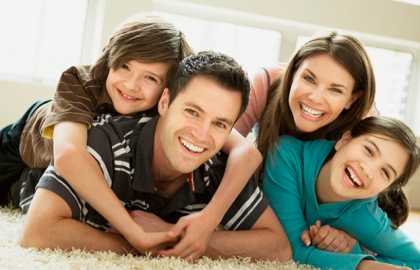 “Realities simply are, whereas ideas are worked out … realities are greater than ideas.” – Pope Francis, Evangelii Gaudium

Editor’s Note: This is the text of the Marriage Reality Movement's updated pamphlet “Reframing the Marriage Dialogue Reveals Reality.” You may purchase copies of this pamphlet for distribution in our store.

Every child has the right to be brought up within marriage, the Catholic Church teaches. “It is through the secure and recognized relationship to his own parents that the child can discover his own identity [emphasis added] and achieve his own proper human development.”[i] This natural right can be verified by our human yearning to know and be connected with our origins. After all, each of us carries the flesh of our mother and father for all eternity.

The Church also teaches that “one man's natural right gives rise to a corresponding duty in other men; the duty, that is, of recognizing and respecting that right.”[ii] This is not only common sense but critical for a just society.

Since marriage between a man and a woman is the only institution that unites children with their moms and dads, society is obligated to recognize, protect and promote its reality as the foundation of the family.

A great deal of confusion currently exists about what marriage actually is. Many people have come to see it merely as an adult-centered institution. The legal benefits associated with it that were originally intended to promote marriage and strengthen the family have become attractive to use for purposes never intended. This is what led the US Supreme Court to redefine marriage in June 2015.

"Same-sex marriage?” How we frame the questions we ask directly impacts the way we understand and discuss issues. Since those asking the questions control the direction of the discussion, it is important to consider what questions must be asked to help reveal the truth about marriage and the consequences of redefining it. “Without truth … [love] falls prey to contingent subjective emotions and opinions.”[iii]

During the marriage debate, the issue was framed by an idea: "Should same-sex couples be permitted to marry, and if no, then why not?”  This framing favored those proposing a redefinition of marriage. It forced those who know marriage can only be between a man and a woman to defend and justify a reality that is obscured by the very confusion that led to the proposal to redefine marriage in the first place. In addition, the question itself actually misrepresents the issue.

Current research shows the majority mistakenly believes marriage exists for the happiness and benefit of adults and the recognition of committed relationships. As such, redefining marriage sounds not only reasonable but just, and therefore, Church teaching seems unreasonable.

Responding by arguing why same-sex relationships are different from man-woman relationships and what kind of parenting most benefits children invariably led to conflict and misunderstandings, including the claim that marriage supporters are prejudiced against people who have adopted homosexual lifestyles.

"Unite kids with moms and dads?"

It is crucial to understand that when marriage is redefined there is no such thing "same-sex marriage" added to the law. Instead, marriage is redefined by replacing "a man and a woman" with "two people." We must be aware that if recognizing marriage between a man and a woman creates a civil institution that unites kids with their moms and dads, redefining marriage eliminates that good.[iv]

Therefore, now that marriage has been redefined, the question to ask is: "Do we need a civil institution specifically geared to unite children with their moms and dads, and if no, then why not?" This question reveals the reality of marriage —i.e., what it is and what it does— and expresses the unitive and procreative end of the marital embrace.[v] It also highlights marriage’s inherent public interest and brings the consequences of redefining marriage to the forefront.

Redefining marriage will obviously not prevent men and women from marrying. While there will be the appearance of two kinds of marriage existing side-by-side, only one definition will exist in the law. The consequence, in the interest of “equality,” is that children must be taught that marriage is a life-style choice for adults, unrelated to children and family, and that more families with children deprived of married mothers and fathers is a good thing.  This will undoubtedly influence the choices our children make in their own lives.

Redefining marriage obliterated the rights of the child connected with it. The influences of the redefinition campaign have already led some people to describe children born to a married mother and father as just one of many acceptable alternatives for creating a “family of choice.” A recent article headline describing a 2014 Olympian as having an “alternative lifestyle” because he is married to a woman who is also the mother of his child is one such example. With marriage redefined, anything other than this kind of thinking in schools and other public institutions will be prohibited.

Research[vi] shows that almost 50 percent of young adults believe diversity in family types is a good thing, failing to realize that children in these families are deprived of married mothers and fathers. Sometimes such situations are beyond anyone’s control, but the trend for intentionally creating such families is increasing. Disconnecting marriage from the rights of children furthers the growing sense that adults have a “right to a child,” and increases the injustices brought about by such practices as donor conception and surrogacy; i.e., creating children with the intention of depriving them of the fundamental human right of knowing their mom or dad or both.

Avoid getting confused by erroneous logic. For example, people will say marriage can’t be about procreation because not all married people have children. But remember, every child has a mother and father, and marriage properly recognized is the only civil institution that unites them in a communion of persons.[viii] This is reality, not an idea. As a general rule, when arguments justifying marriage redefinition are expressed, search out the truth by asking: “What does this have to do with the reality of marriage — the only institution that unites kids with their moms and dads?”

As Saint John Paul and now Pope Francis have instructed, we must express what we are for, not what we are against. A good first step is educating people on the crisis of the breakdown of marriage and the need to evaluate every law, curriculum, and institution by how well they promote men and woman marrying before having children. This prepares them to ask the questions that cry out to heaven to be answered. It changes the marriage issue to one of social justice, not just related to the rights of children, but to address the root cause of both poverty and the human and societal consequences of fatherlessness.

Wherever marriage has been redefined, the question of whether we need a civil institution that unites children with their mothers and fathers must continue to be asked until the reality of marriage is once again recognized by the law, public and private institutions, and society as a whole. Marriage reality may even have to become known by a different name because the word “marriage” has become merely an idea disconnected from its reality.

Written by William B. May. He is the author of Getting the Marriage Conversation Right, a Guide for Effective Dialogue, and President of Catholics for the Common Good Institute, an apostolate for Evangelization of Culture. Originally posted September 8, 2015

Order copies of this pamphlet.