Only Half U.S. Children Being Raised by Their Married Parents 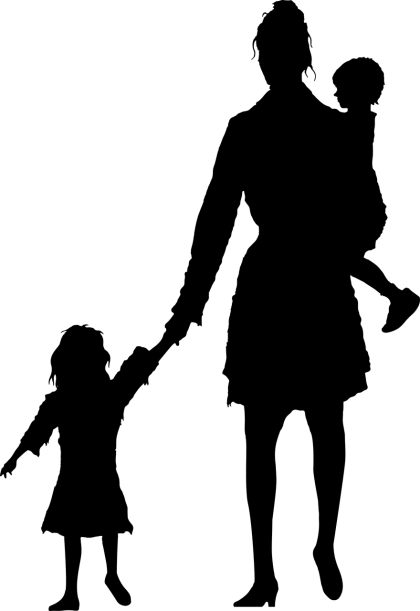 WASHINGTON, DC (CNA/EWTN News) — One in two: that is the current number of children in the U.S. who are being raised by both their married biological parents throughout their childhood.

“This figure is based on the proportion of 17-and-18-year-old high school students who were reported to be living with both their married birth mothers and biological fathers in 2016,” noted a report issued by the Institute for Family Studies.

“The fact that they were still living in such families at the culmination of their schooling means that the vast majority of them grew up in them since birth,” the report continued.

The Feb. 27 report was authored by researchers Nicholas Zill and W. Bradford Wilcox, and published by the Institute of Family Studies. It analyzed data from a survey released by the U.S. Department of Education.

With lower marriage rates in the U.S., declining rates of children living with married parents are not a surprising find for researchers.

However, the study considered the numbers in light of several different factors, particularly including education and race.

“Among high school seniors whose parents or guardians had a college education or more, 64 percent lived with married parents throughout childhood in 2016,” the study noted.

“The more education a woman or man has, the more likely she or he is to get married and stay married when raising children.”

Only 29 percent of children whose parents or guardians had less than a high school education still lived with married parents from their birth through the end of high school.

Race was also examined in the study. Asian-American children were found to be the most stable group, with two-thirds of them living with married parents throughout their childhood. Fifty-eight percent of white children could say the same.

The report also examined the 50 percent of children who did not grow up with both married parents.

The report also highlighted the “abundant evidence” that children fare better when both of their biological, married parents raise them throughout childhood.

“As shown in numerous analytic studies, students with stably-married parents are more likely to do well in school and less likely to cut classes, repeat grades, be suspended or expelled, or drop out,” the report said.

“Rich or poor, this is a type of advantage which parents from all social classes can bestow upon their children: the privilege of growing up in a stable, married two-parent family.”

The authors advised that American society would do well to place more efforts in promoting the marital privilege of parents for children in the country, saying the success and future of children will depend on it.

“Because the type of family in which children are raised matters a great deal to their well-being and future success, we should seek ways to enable less-educated and less-affluent parents to raise their children together in a stable family.”