If We Want to Restore Marriage, We Have to Learn This Technique 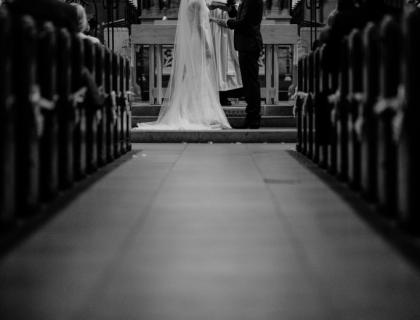 We can take back marriage if we start framing the issues in terms that everyone knows are true.

(National Catholic Register)  “Framing” is the political term for formulating a clear message in the best way to persuade people about issues.

Issues can be very complex, but framing helps people focus on the aspect of an issue that best corresponds with their values, attitudes and experiences. Framing is nothing new, but it is a technique not very well understood and used by defenders of marriage and the regular family. People make the mistake of explaining things in ways they understand them, rather than in ways other people who think differently can understand.

The social change we seek is the restoration of a marriage culture, justice for our future children and grandchildren, and a universal understanding of the true meaning of love and sexuality.

How people accept new ideas, or even truth (reality), depends on whether they are expressed in terms people can understand. Pope Francis has spoken about putting our witness into a context people can understand. This is nothing new. Jesus taught in parables to reveal the Kingdom and God’s love, but he spoke one way to farmers and another way to fishermen. It was the same truth in each case, but communicated in ways that were most relevant to the specific audiences.

The whole approach and strategy of organizations like the Marriage Reality Movement is to help people learn new ways of communicating the reality of marriage and love to their family members and friends in ways that they can see the beauty and goodness of God’s plan for the family.

Perhaps it would best illustrate the importance of framing by examining the change in framing that was instrumental in the effort to redefine marriage.

In a recent article in the Stanford Social Innovation Review, Nat Kendall-Taylor and Sean Gibbons explained the role of “bad” framing in the passage of California Proposition 8 to protect marriage and “good” framing in the ultimate court decisions to reverse it and redefine marriage in the U.S. Supreme Court.

In California’s Prop. 8 campaign, traditional-marriage supporters did not argue against same-sex “marriage,” but instead focused on the fact that it would be taught in the schools. That argument was true, as evidenced by the radical changes in school curricula related to sexuality and gender expression that are sweeping the country. We won the campaign because our opponents blinked and started arguing that “it” would not be taught in the schools, and, besides, parents could opt out. That was our framing — and it worked.

Referring to the opponent’s loss of Prop. 8, the Stanford article stated, “During the Prop. 8 campaign, marriage equality advocates spent sizable sums of money encouraging voters to choose equality and fairness. … But their ‘rights and benefits’ frame didn’t work.”

California Prop. 8 passed in November 2008, surprisingly on the same day that Barack Obama defeated John McCain for president. “How did this happen in one of the most liberal and LGBTQ-friendly states in America?” the authors asked. “The short answer: frames.”

Continue reading at heading "Commitment, Not Rights" about what we can learn from opponents.
More Articles