Hate the Sin But Love the Sinner. How Do I Do That? 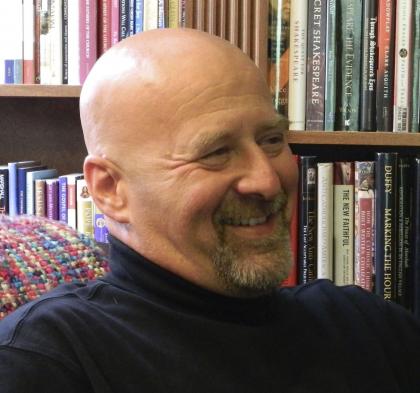 MRM Editor's Note: Father Dwight Longenecker offers some wonderful insights about dealing with situations that are increasingly common in families. How do we witness the reality of the Gospel with charity, something that is especially important for the sake of our children's souls.

The problem is–how do I do that?

The sinner sins. How do you separate the sin from the sinner, and to be honest, at the final judgement it is the sinner who is condemned for his sin. It’s not like Jesus says, “There, there, you can come into heaven, but  I’m going to send your sin to hell.” No. At the last day the sinner is condemned with the sin.

In the meantime how do I hate the sin and love the sinner? This is especially tough when there are some sinners who deny that they are sinful and say, “I was born this way. You can’t condemn the sin without condemning me. You have to accept me and the stuff I do that you call “sin”. Or they might simply be nonchalant about the sin–not giving two hoots and happy to shrug their shoulders and deny the sin.

And how do I love the sinner but hate the sin when it comes down to practical matters like defending my children from the example of immorality? How do I love the sinner while not condoning the sin? What about the situation where I am enabling an addiction, giving in to violence or simply doing nothing about an intolerable situation confusing being nice with indolence?

What is “hating the sin but loving the sinner” becomes a mask for compromise of the truth, laziness in our duty to protect the innocent and no real concern or compassion for people who are locked into behaviors that are destructive to them, to others and to society?

Here’s an example: Uncle George is divorced and has re-married Sally. They want to visit the home for Thanksgiving and be accepted as husband and wife. But I don’t condone that relationship and I tell my kids that divorce and re-marriage is wrong. When Uncle George and Sally turn up do I give them a warm welcome show them the guest room and open a few beers? Then what about Aunt Ginnie who George divorced for his trophy wife? What about their kids? Where are they this Thanksgiving? Isn’t my warm welcome of George and Sally a slap in the face to Ginnie and his kids?

My attempts to love the sinner and hate the sin actually end up condoning the sin, confusing my children about marriage and being unkind and hurtful to the wronged wife and her kids. Out of justice to the wronged and the need to uphold Christian marriage maybe I need to tell Uncle George and Sally to enjoy Thanksgiving somewhere else.

We don’t do that anymore, and I’m not suggesting that we should return to shunning and exclusion, but then the question still remains, how do I love the sinner and hate the sin?

Let’s say Sam is your brother and his partner Jerry want to come visit in your home. They are “married” and proclaim their gay lifestyle openly. They expect to be welcomed as family members, to stay in the guest room together and you’re supposed to act as if this is perfectly normal. But let’s say you have a houseful of children, and you are doing your best to bring them up to understand what a true Catholic understanding of marriage is. You’ve taught them that Sam and Jerry’s relationship is not that. So what are you going to do?

You have to choose between two goods.

The good of preserving your children’s understanding of Christian marriage without confusion or compromise is a greater good than being superficially nice to Sam and Jerry. After all, Sam and Jerry are not members of your immediate family, and although you might want to be nice to them, your duty to your children comes first. This is no different than any number of other choices we make  between two goods. I want to take my kids on a grand European vacation, but I also want to pay for their college education. I choose the college education.

Therefore in the wish to be nice to everyone and love the sinner while hating the sin sometimes the sinner is going to get knocked. It can’t be helped.

Furthermore, am I the only one who is feeling bullied by this idea that everybody has to be nice, kind and accepting to everyone all the time with no questions asked? Isn’t this a kind of emotional blackmail getting me to condone something I cannot condone?

I’m calling “bully” on these folks and resent being pressured by their passive aggressive bully blackmail tactics.

I can defend my beliefs and stand up for what I believe in without either compromising those beliefs or being nasty and ugly to people who do not share those beliefs.

Does that mean we go around looking for ways to be mean and judgmental? Of course not. We do our best to be kind, accepting and welcoming to all, but there are limits.

Common sense demands boundaries. Sometimes the best way to love the sinner and hate the sin is to speak clearly to the sinner about the situation and warn him. If you have an alcoholic in the family you’re not doing him any favors by making excuses and enabling him. If your husband beats you up every Friday night and burns the kids with a cigarette you aren’t doing anybody any favors by letting him when he arrives home drunk.

Finally, true love for the sinner is to see them for who they really are and to see past whatever problem, addiction, broken ness or confusion they suffer from and to wish God’s perfect healing love to be active and fruitful in their lives. We’re all a mess, and the sooner we realize it the better, and the person who is most compassionate is the one who realizes what God’s amazing grace has done for them and how they have been rescued and to wish that same deliverance for others.

That’s why St Julian of Norwich writes that God looks on us with pity not with blame. His mercy is everlasting. He loves the sinner because he sees what that fallen, broken child could become, and he hates the sin because he sees how it has diseased and deformed the child.

When we begin to have those kind of everlasting eyes we can begin to hate the sin and love the sinner.

Everything else is either sentimental clap trap, wishful thinking or do-goodism.

Copyright © 2017 Fr. Dwight Longenecker​. This article was originally published on Fr Dwight Longenecker’s blog and reposted here with permission. Read his blog, browse his excellent books and be in touch at dwightlongenecker.com