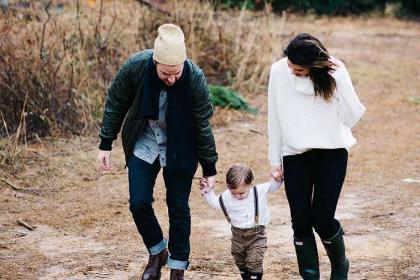 MRM Editor's Note: The  principle of marriage and family equality means it is equally good to have families with children deprived of their mother and father united in marriage (irregular families). That's a lie that every child knows when stated that way. This article provides evidence that children in irregular families are more likely to suffer abuse than children in regular families. People don't realize that we cannot even promote the unique value of men and women marrying before having children, because there is no longer any civil institution that is geared to unite children with there mother and father since marriage was redefined. Educate people about this fact by asking if we need an institution that is geared to united children with their mom and dad?

(CNA) — Amid a renewed public conversation about what can be done to keep children safe from abuse, studies show that unstable family structure is a major risk factor for abuse.

When looking at overall trends in child abuse, Dr. W. Bradford Wilcox, director of the University of Virginia’s National Marriage Project, told CNA that studies show children who come from unstable homes with unmarried parents are most likely to be abused, especially by someone close to them.

Kids in chaotic family situations are also more likely to be emotionally distraught, a vulnerability that adult abusers are likely to prey on, Wilcox said.

“In other words, one of the most dangerous places for a child in America to find himself in is a home that includes an unrelated male boyfriend - especially when that boyfriend is left to care for a child by himself,” Wilcox wrote at the time the study was released.

This information was reported in the Fourth National Incidence Study of Child Abuse and Neglect (NIS-4) Report to Congress, and examined cases of child abuse between the years of 2004-2009. The data corroborated information from previous studies, several of which have shown that children living with unmarried adults were more likely to experience abuse and neglect, including a 2002 study which found that more than 15 percent of children living in cohabitating homes experienced serious emotional problems such as depression, compared to just 3.5 percent who lived with their biological married parents. Another 2005 study found that children living with their mother’s boyfriends were 45 times more likely to be killed than children living with their biological married parents.

The data shows that marriage is often a safe and stabilizing force in children’s lives, and it may help insulate them from other problems, Wilcox said.

For children who live in unstable, unmarried parent households, “they don’t have two people who are really looking out for them, who are monitoring their environment, who are attuned to the signals” that something might be wrong, he said. “And then there’s also an emotional vulnerability, a desire for attention, and I think the kinds of people who are abusive can kind of intuit those kids who need that extra emotional attention, which kids are kind of vulnerable” and target them, he added.

Since the 2011 study, instances of cohabitation have increased, while nationwide instances of child abuse have actually declined, Wilcox said.

“I think we are as a society more sensitive to [abuse], and people are more likely to raise red flags when they are concerned about it.”

According to a 2018 report from the Crimes Against Children Research Center at the University of New Hampshire, instances of physical and sexual abuse against children has steadily declined since the ‘90s, when instances of both were reported at a rate of about 70 per 10,000 children.

This is hopeful data, Wilcox said, because it shows that strides have been made in terms of being aware of, reporting, and preventing instances of sexual abuse.

“I would say that even though the overall trends are moving in the right direction, it still is the case that kids who are exposed to more family instability and family chaos are more likely to be subjected to abuse.”