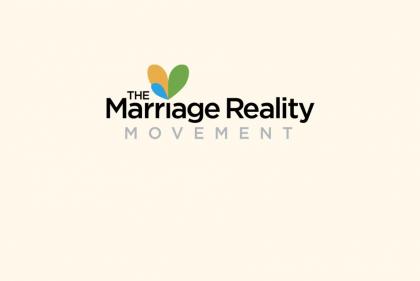 MRM Editor's Note: A good way to think of hope is as an expectation.  This is from Pope Francis' continuing catechesis on Christian hope in January 2017.

In the month of December and in the first part of January we celebrated the Season of Advent and then Christmas: a period of the liturgical year that reawakens hope in God’s people. Hope is a basic human need: hope for the future, belief in life, so-called “positive thinking”.

But it is important that this hope be placed in what can really help you to live and give meaning to our existence. This is why Scripture warns us against the false hopes that the world presents to us, exposing their uselessness and demonstrating their foolishness. It does so in various ways, but especially by denouncing the falsehood of the idols in which man is continually tempted to place his trust, making them the object of his hope.

The prophets and scholars in particular insist on this, touching a nerve centre of the believer’s journey of faith. Because faith means trusting in God – those who have faith trust in God — but there’s a moment when, in meeting life’s difficulties, man experiences the fragility of that trust and feels the need for various certainties — for tangible, concrete assurances. I entrust myself to God, but the situation is rather serious and I need a little more concrete reassurance. And there lies the danger! And then we are tempted to seek even ephemeral consolations that seem to fill the void of loneliness and alleviate the fatigue of believing. And we think we can find them in the security that money can give, in alliances with the powerful, in worldliness, in false ideologies. Sometimes we look for them in a god that can bend to our requests and magically intervene to change the situation and make it as we wish; an idol, indeed, that in itself can do nothing. It is impotent and deceptive. But we like idols; we love them! Once, in Buenos Aires, I had to go from one church to another, a thousand meters, more or less. And I did so on foot. And between them there is a park, and in the park there were little tables, where many, many fortune tellers were sitting. It was full of people who were even waiting in line. You would give them your hand and they’d begin, but the conversation was always the same: ‘there is a woman in your life, there is a darkness that comes, but everything will be fine ...’ And then, you paid. And this gives you security? It is the security of — allow me to use the word — nonsense. Going to a seer or to a fortune teller who reads cards: This is an idol! This is the idol, and when we are so attached to them, we buy false hope. Whereas, in that gratuitous hope, which Jesus Christ brought us, freely giving his life for us, sometimes we fail to fully trust.

A Psalm brimming with wisdom depicts in a very suggestive way the falsity of these idols that the world offers for our hope and on which men of all ages are tempted to rely. It is Psalm 115, which is recited as follows:

The psalmist also presents to us, a bit ironically, the absolutely ephemeral character of these idols. And we must understand that these are not merely figures made of metal or other materials but are also those we build in our minds: when we trust in limited realities that we transform into absolute values, or when we diminish God to fit our own template and our ideas of divinity; a god that looks like us is understandable, predictable, just like the idols mentioned in the Psalm. Man, the image of God, manufactures a god in his own image, and it is also a poorly realized image. It does not hear, does not act, and above all, it cannot speak. But, we are happier to turn to idols than to turn to the Lord. Many times, we are happier with the ephemeral hope that this false idol gives us, than with the great and sure hope that the Lord gives us.

In contrast to hoping in a Lord of life who, through his Word created the world and leads our existence, [we turn to] dumb effigies. Ideologies with their claim to the absolute, wealth – and this is a great idol – power and success, vanity, with their illusion of eternity and omnipotence, values such as physical beauty and health: when they become idols to which everything is sacrificed, they are all things that confuse the mind and the heart, and instead of supporting life, they lead to death. It is terrible to hear, and painful to the soul: something that once, years ago, I heard in the Diocese of Buenos Aires: a good woman – very beautiful – boasted about her beauty. She said, as if it were natural: ‘Yes, I had to have an abortion because my figure is very important’. These are idols, and they lead you down the wrong path, and do not give you happiness.

The message of the Psalm is very clear: if you place hope in idols, you become like them: hollow images with hands that do not feel, feet that do not walk, mouths that cannot speak. You no longer have anything to say; you become unable to help, to change things, unable to smile, to give of yourself, incapable of love. And we, men of the Church, run this risk when we “become mundanized”. We need to abide in the world but defend ourselves from the world’s illusions, which are these idols that I mentioned.

The Lord always remembers. Even in the bad times he remembers us. And this is our hope. And hope does not disappoint. Never. Never. Idols always disappoint; they are make-believe; they are not real. Here is the wonderful reality of hope: in trusting in the Lord, we become like him. His blessing transforms us into his children who share in his life. Hope in God allows us to enter, so to speak, within the range of his remembrance, of his memory that blesses us and saves us. And it is then that a Hallelujah can burst forth in praise to the living and true God, who was born for us of Mary, died on the Cross and rose again in glory. And in this God we have hope, and this God — who is not an idol — never disappoints.

I greet the English-speaking pilgrims and visitors taking part in today’s Audience, particularly those from Australia, Canada and the United States of America. May each of you, and your families, cherish the joy of this Christmas season, and draw near in prayer to the Saviour who has come to dwell among us. God bless you!