Boys Will Be Boys…. But Men Should Know Better 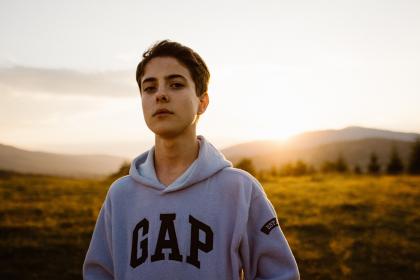 MRM Editor's Note: Dr. Frank Moncher discusses how  cultural influences form boys as they become men in ways that "nothing is done to protect females from being objectified ...This objectification sets the stage for the development of attitudes that foster the coercive sexual behavior which has been so prominently reported in the press.”  As St John Paul II taught, when people become objects of use, whether for pleasure or other purposes, it counter to love. Such habits of thinking and behavior make developing relationships based on true, self-giving love extremely difficult and for some impossible.

Senators, actors, judges, producers, ex-presidents and celebrities of a variety of stripes, all have been accused recently of inappropriate and unwanted coercive sexual acts with women, resulting in everything from denials to excuses to apologies to firings.

While only the naïve would think that men using power and control to take advantage of women is a new phenomenon (“boys will be boys” has a long history as an excuse for abuse), the recent public identification and reprimanding of this aberrant behavior provides an opportunity to reflect on what is missing in the cultivation of genuine, respectful manhood in our society.  It is important also to consider these occurrences in the context of the broader cultural trends regarding sexuality, and the mores and norms which are governing its expression.

That which in the past might have clearly been understood to be immoral or even illegal, is now subject to a variety of relativistic interpretations.  Such relativism provides the cover necessary for perpetrators to justify or even celebrate bad behavior and, often times, leaves victims accused of being disingenuous or manipulative.  In reality, the sexual misconduct at the center of the recent revelations has the same root as the scourge of pornography which is plaguing society:  a lack of an integral masculine identity which is respectful of women, while also being aware of the differences between sexes, differences which should be celebrated.

At particular risk are our youth, especially young boys who are in desperate need of learning how to mature into healthy men.

A key factor necessary for young boys to mature into healthy men is surprisingly simple, yet seems to elude even those who historically have had a clear sense of providing formation to our youth.  That key is educating the boys in the truth of how the person is made and therein setting appropriate boundaries.  Parents, teachers and mentors of all sorts need to provide coherent guidance, sensitive to the opinions and feelings of young boys (who need to feel the emotional connection, particularly with their fathers), but not unduly influenced by them for the final decision-making.

For decades now, our culture has been suffering from a general confusion regarding the meaning and appropriate manifestation of masculinity (as well as sexual differences generally), and the trend lately is to be more concerned about how a child feels than what he needs to grow in a healthy manner.  Sadly, many traditional (mis)representations of masculinity emphasized power, control, manipulation, promiscuity, aggression and other vices, and this was not helpful in teaching young boys how to have successful marriages and families.

Manhood is best manifested through development of masculine virtues—such as fortitude (courage), perseverance, charity, temperance (self-control) and prudence (wise discernment), among others—that reflect the gifts and duties of being male: to protect, to serve and to provide.  Boys usually will not admit to wanting such guidance, but they do want it, and, just as importantly, they need it.

A male embodying these traits would be the last to prey upon or harass a girl or a woman by placing her in a compromising position.  However, the pendulum has swung past the golden mean of healthy virtue, to boys being “in touch with their feminine side.”  And when men do not feel respected for their natural gifts, their ability as fathers, mentors, and leaders suffers as well.

At the same time, the value of the true masculine virtues of generosity, magnanimity, clarity, integrity, chivalry and the like has been diminished by society.  These virtues are modeled and instilled when boys see the important men in their lives practicing them in their relationships with their sons and with other men – iron sharpening iron (cf. Proverbs 27).  This process is enhanced as well by boys having time with other boys, without the distraction or challenge of having to navigate relationships with girls.

The negative consequences of acquiescing to the dominant gender ideology narrative whereby one’s biological sex ceases to be relevant to defining anything, is painfully apparent.  In groups and organizations where male participation, leadership and mentoring is largely absent, the void has been filled by girls and women.  This not only impacts the individual or family, but the community and society as well.

In feminizing or androgenizing young boys nothing is done to protect females from being objectified—especially in a world where pleasure is glamorized and autonomy and self-esteem are deemed the highest goods.  This objectification sets the stage for the development of attitudes that foster the coercive sexual behavior which has been so prominently reported in the press. [Emphasis added]  What children require to grow and flourish, and hence what our society needs to support for its own integrity, is the opposite.  What our boys need is clarity and coherence, based on truly time-honored values and virtues, some of which are best cultivated in young boys by other boys and men who manifest what is best about being male.