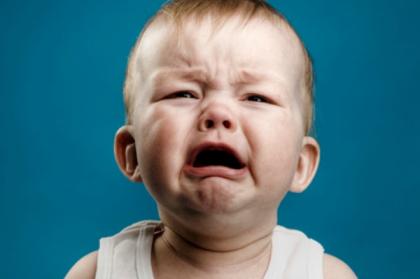 WASHINGTON, DC (CNA) — New data shows that an increasing number of babies worldwide are born to unmarried parents.
The data was released in an annual report published by the United Nations Population Fund (UNFPA.)
About 40 percent of U.S. children born in 2016 had unmarried parents, the report shows. This is more than double the percent of U.S. children born with unmarried parents in 1980, and 10 percentage points higher than in 1990.
In the rest of the world, even more children are born to unmarried parents. In 2016, 60 percent of French babies were born with unmarried parents.
The UN data showed that across the areas studied--the United States, France, Spain, Sweden, the EU, Japan, and Russia, the unwed pregnancy rate has increased or remained relatively stable in recent years. France has had the highest percent of babies born to unmarried parents since 2010, eclipsing Sweden, the previous leader.
In 2017, the organization Save the Children rated Sweden as the fifth-best country for mothers, behind Norway, and Finland, and Iceland. Sweden is noted for its expansive social benefits made available to mothers and children.
One exception to the trend is Russia, which has seen the percent of children born to an unwed mother drop from a high of 30 percent in 2004 to 22 percent in 2016. Russia’s abortion rate has also fallen during this time period.
Japan’s unmarried parenthood rate is far lower than western nations. In 2015, 98 percent of Japanese babies were to married parents. Japan’s fertility rate also remains among the lowest in the world.
Heritage Foundation Senior Fellow Robert Rector wrote a report in 2012 that described marriage as “America’s greatest weapon against child poverty.” Children living in a home with two married parents were 82 percent less likely to live in poverty than children who did not have married parents, said Rector. This number applied even when controlling for education level.
In 2009, the U.S. Census found that 37 percent of homes with children headed by a single parent were in poverty, compared to only 6.8 percent of homes with children and married parents.
Copyright © CNA. All rights reserved. Posted with permission.
Originally posted October 19, 2018
More Articles